Be aware that if you are searching our database at a time when reports are being entered, the search results for the current election year will not necessarily be complete.

Different search options are available below. Instructions and/or explanatory notes are shown on the pages these choices will take you to.

Search by Candidate or Committee Name

Search for all itemized contributions or itemized expenditures for a particular candidate or committee by searching on the candidate's or committee's name.

Search by Office or Type of Committee

Search itemized contributions or itemized expenditures for all candidates running for a particular office or for all committees of a specified type.

Search for contributor(s) to all candidates or committees by the contributor's name, city, state or dollar amount.

Display a list of summary totals for either candidates or committees. This is a static report, produced in PDF format which is posted after all reports for the current reporting period have been entered into the database.

About the Campaign Finance Database

Campaign disclosure for candidates running for federal office (U.S. Senate and U.S. Representative) falls under the jurisdiction of the Federal Elections Commission and disclosure reports are filed with that Commission. You can visit their web site at www.fec.gov.

The campaign finance information presented here is taken from the original reports filed by candidates and political committees. In some cases there may be slight differences in cumulative totals due to the ongoing reconciliation between the Elections Division and those committees.

Data from the paper reports submitted by candidates and committees is hand-keyed into our database by the Elections Division staff. Reports are usually entered into the database within 7 days of being submitted (small reports are generally entered more quickly, some of the larger reports may take us a little longer.) The Secretary of State accepts the date of the postmark as the date of receipt except the 7 day pre-election reports which must be received no later than 5:00 pm on the date the report is due.

All candidates for state office and all political committees are required to file campaign disclosure reports. These reports are required to show the candidate's or committee's campaign contributions and expenditures. The names of the contributors and recipients as well as the amounts of money donated and spent for campaign purposes are listed as they were reported to the Secretary of State by the various candidates and committees.

The information contained in this database has not been audited by this office but represents information which the political treasurers have filed in reports with the Secretary of State. 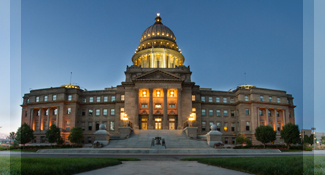 Back to Campaign Finance